What is DME & How does it work?

DME, shortcut for ‘Distance Measuring Equipment‘ provides the Pilot with distance information
To/From a VOR Station IF the station has a DME antenna 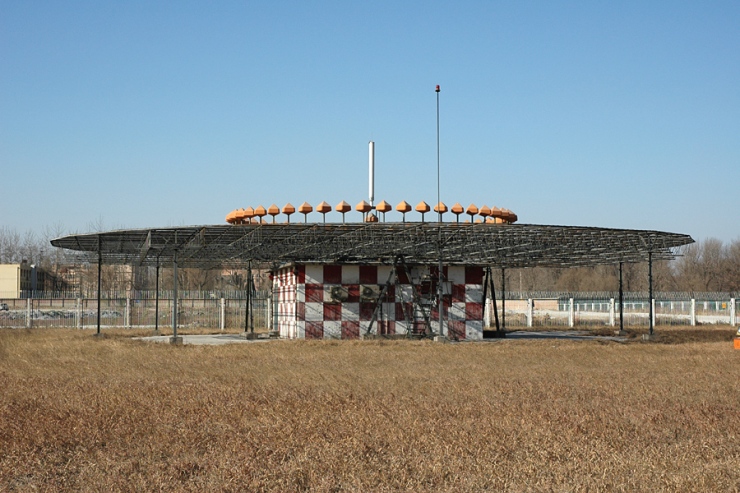 The airplane sends out a signal, also known as an ‘interrogation’ directly to the Station from which it will be sent back (after ~50 microseconds) to the airplane immediately. The interrogation can also be understood as a signal request from the aircraft to the VOR Station. The airplane’s receiver will calculate the time it takes for the signal to travel back and forth and will then convert it into distance information (nm).

Since the airplane is flying at an altitude, the signals sent by the airplane travel a ‘diagonal’ way,
which is also called ‘Slant Range‘.

Therefore, as you get closer to the station, the indicated distance will usually be a little bit further than the actual (horizontal) distance. Otherwise, DME should be accurate within +/- 0.2 nm

The biggest error in indicated distance will be at higher altitudes directly over the station.
At high altitudes, your DME shows your height in nm.

If you cross a station at 7000 ft, the distance indicated will be around 1.2 nm.

Where else may DME be used?

What are Marker Beacons?

A Marker Beacon is a certain type of VHF radio beacon that helps to identify positions,
usually along the Final Approach Path of an ILS Approach.
They have a power output of 3 watts or less.

Where are Marker Beacons used?

As already mentioned in the answer above, they are typically located along the
Final Approach Path of an ILS approach to audibly confirm the Pilot specific positions.
For position information, just take a look at the examples below.

There are 4 main types of MB’s available:

a) the Outer Marker (OM)

b) the Middle Marker (MM)

d) the Back Course Marker (BC)
‘normally indicates the FAF/FAP of an ILS back course and thus the point where descent is started.’

d) Compass Locator
the CL can either be a MM or OM co-located with a low powered NDB (output < 25 watts), which enables the pilot to navigate directly to the beacon (NDB-station). It reaches out to at least 15 miles from it’s location.
The CL usually acts a the FAP/FAF of an ILS.
Some of them have a higher power (up to 400 watts) and broadcast a
Transcribed Weather Broadcast (TWEB) information. 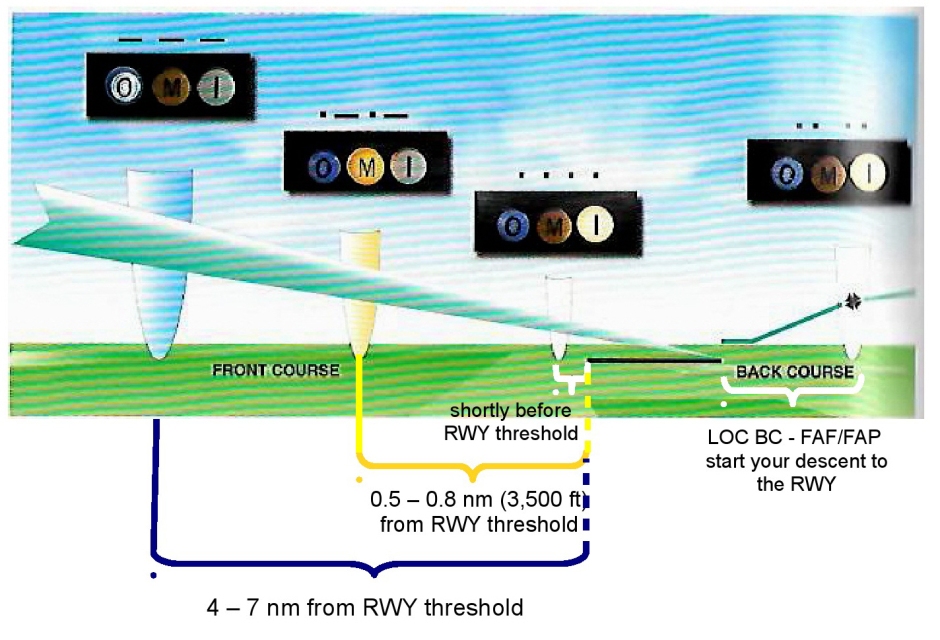 Click here to listen to the sound of a Marker Beacon